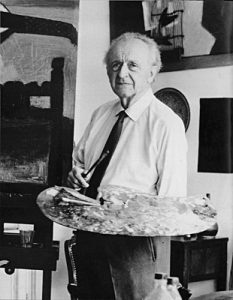 The Revue Nègre was one the key events in mid-war Parisian life. From one day to the next, it allowed Parisians to discover jazz; coloured crazyness invaded Paris and the Charleston became a fashionable dance. It led to the glory of two of its participants : Josephine Baker, the star of the show, and Paul Colin, the poster artist. The latter produced his first masterpiece using an impressive economy of means, which just two basic colours, red and black: in the foreground, two caricatures of Blacks with eyes like billiard balls: behind them, a swaying Miss Baker. The well distributed lettering is also sober and modern. To sum up, it is an extremely simple composition, full of freshness and joy. It is a perfect invitation to the music-hall and, as a trial run, a masterful stroke.

Posters on the theme “Cinema and Show”