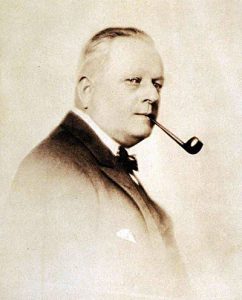 After studying architecture in Munich, Ludwig Hohlwein turned towards graphic art in 1906. He very quickly found his inimitable and also inimitable style, based on highly virtuoso drawing. A nature lover, hunter and horseman, Hohlwein ceaselessly drew patterns. From that point, he played on flat tints, or plays of shadow and light to bring out the characters, only rarely using outlines. Geometric patterns, which were initially highly secessionist, but above all pointillist touches construct the images, which the always well-placed lettering never invades.